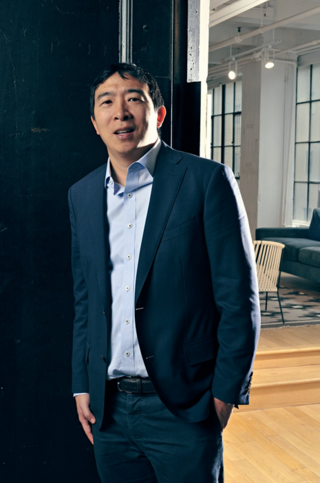 Mr. President? Credit Guerin Blask/The New York Times
What follows, without editorial comment, are excerpts from an article by Kevin Roose that first appeared in the business section of the New York Times, February 10, 2018.
Among the many, many Democrats who will seek the party’s presidential nomination in 2020, most probably agree on a handful of core issues: protecting DACA, rejoining the Paris climate agreement, unraveling President Trump’s tax breaks for the wealthy.

That candidate is Andrew Yang, a well-connected New York businessman who is mounting a longer-than-long-shot bid for the White House. Mr. Yang, a former tech executive  Read More
Be the first to comment