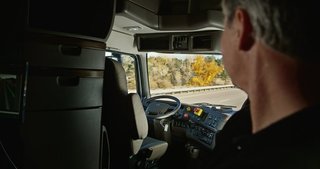 Google has unveiled new research that helps explain how machines reach their decisions, using neural networks, complex computer programs that learn by analyzing vast amounts of data. Apparently, up to now, programmers often didn’t understand how the machines arrive at their conclusions, no more than they understood how humans decide.

Bricklayers can build walls faster than a robot called SAM, short for semi-automated mason. Moreover, there are only 11 SAMs at work, and they cost about $400,000 apiece. This for a machine that can’t do corners, curves, or read blueprints. Google is working on that problem.

A Gallup Survey reveals that unlike bricklayers, most Americans think robots will cost jobs. But like bricklayers, they don’t think robots will be a threat to their own jobs. That’s because American workers are always helpful and friendly, never complain or ask for a pay raise, never get sick or take vacations, and are willing to work twenty-four hours a day, seven days a week, except when they’re undergoing scheduled maintenance.

Perhaps Andrew Yang is not such a fringe candidate for President after all? You think?