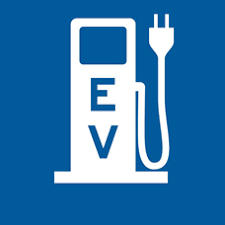 The biggest news in the fight against climate change is not President Biden's decision on his first day in office to rejoin the Paris climate accords, or his appointment of John Kerry as climate czar. It's General Motors' decision to sell only zero-emission cars and trucks by 2035. That's huge.

Cars and trucks account for nearly twenty percent of all US greenhouse gas emissions. A typical vehicle emits about 4.6 metric tons of carbon dioxide per year. Electric vehicles led by Tesla are growing in popularity, but their sales are limited by their substantial purchase price.

General Motors is the epitome of a mass-market automotive manufacturer. To survive, much less prosper, they will have to sell their cars and trucks at a mass-market price. GM's decision was helped along by its experience with the 2022 Hummer EV Edition pick-up truck. The limited run of the first model year sold out in ten minutes.

Almost as huge is Apple's reported intentions to team up with Kia Motors and market electric vehicles by 2024. Apple is sure to bring its renowned design sense to automobiles and give Tesla stiff completion at the luxury end of the market. And competition inevitably drives prices down, and sales up.

Electric vehicles don't emit greenhouse gases but the production of the electricity that powers them still does contribute to climate change. Nonetheless, the reduction is significant. Use the EPAs nifty tailpipe emissions calculator to find out how much you personally could help save the planet by switching.

For example, on average, a Tesla Model 3 reduces total emissions by 70%, and in in my zip code, by an astonishing 95%. I've owned nothing but standard shift vehicles since I got my driver's license, but with reductions in greenhouse gases like these, I'm ready to put up with one-foot driving the next time I'm in the market. How about you?