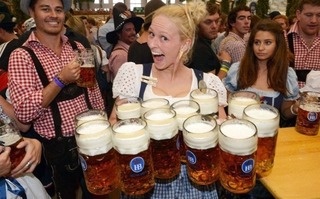 "If you love me, you'll help save the planet!"

It seems like years, not weeks, since the nation was transfixed by the Kavanaugh confirmation hearings. So many other horrible news cycles have come and gone since then, with the only constant our President’s deep desire to divide the nation even more deeply to further the election of members of his adopted Republican party, and to solidify his base for the 2020 race, Mueller permitting.

But an article in today’s New York Times about the Homecoming football game at Georgetown Prep, headlined “Kavanaugh is Hailed as a Hero,” made me want to unilaterally declare an end to any cooling off period and examine our new Justice’s positions on a critical issue that America is facing today, an issue that never even surfaced in the brouhaha about possible sexual assault and well-documented excessive partying—the issue of global climate change.

Kavanaugh apparently believes that climate change is real. He is on the record as saying, “The earth is warming. Humans are contributing…The task of dealing with global warming is urgent and important at the national and international level.” But he also has displayed, both in his decisions and his writings, a long-term animus towards the Environmental Protection Agency. Knowledgeable political thinkers fear that his skepticism about whether the EPA can legally regulate environmental threats will triumph over any concern he has about the actual environment.

Hence, I thought it incumbent to give our new Justice another reason not to let the planet lose on a legal technicality. Buried in all the horrific news of late is that global climate change is a looming threat to beer lovers, a non-elitist group to which he, and yours truly, proudly belong. Scientists are now predicting that by the end of the century, heat and drought caused by climate change will reduce the barley crop substantially, leading to a potential doubling in the price of a bottle of suds and in some cases, outright outages. Oktoberfest in Munich may never be the same.

So here’s my plea to Justice Kavanaugh. I know you eschewed being photographed at Homecoming with anyone hoisting a pint, but I’m sure it was merely the optics you were concerned about. I’m confident you’re still one of us, and that when the issue of climate change comes before the Court you will rule accordingly. If for nothing else, for the love of future generations of beer drinkers, don’t let the planet down.