Time to give thanks for... 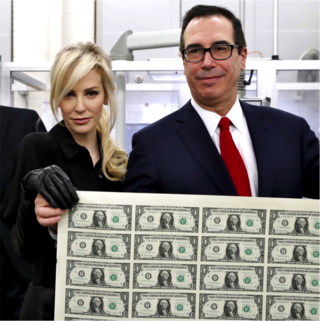 At this time of year when we’re encouraged to give thanks for our blessings before the commencement of the season of greed, here, in no particular order and with apologies to NY Times columnist Gail Collins, are some of the things I’m giving "thanks" for, hoping they will put a little smile on your face…

…Senator Ron Johnson of Wisconsin, whose principled opposition to the gut-the-middle-class, Republican tax bill is based on his desire for small businesses like his family-owned plastics company to receive the same corporate tax breaks as multinational corporations.

…Barack Obama and George W. Bush, our last two presidents who managed to keep their hands to themselves.

…all those citizens who have thus far resisted the well-meaning siren call of born-again hedge fund manager Tom Steyer to impeach President Trump, having been blessed with the sober realization that the replacement lurking in the West Wing would be even more of a useful idiot than his predecessor.

…those evangelical Alabama clergymen who, in the tradition of pinhead angel-counters, have diligently found divine guidance in scripture to back up their belief that pedophilia is a lesser sin than being a Democrat.

…Alex M. Azar II, former president of pharmaceutical company Eli Lilly and President Trump’s nominee for secretary of health and human services, for his unique ability to bring an insider’s perspective to the ongoing battle to reduce the outrageous cost of prescription medicines.

…Steve Chiavarone, portfolio manager of the Federated Global Allocation Fund, who relieved fears about another Wall Street meltdown when he confidently predicted on CNBC that the bull market in stocks will last for another ten years because “Millennials are entering the workforce, but their wages are going to be under pressure their whole career…They won’t make enough money to pay down their debt, fund their life and fund retirement where there is no pension. So they’re going to need equities.”

…Mike Mulvaney, former Republican congressman from South Carolina and current White House budget director, who for the good of the nation set aside his previous reservations about the usefulness of the Consumer Financial Protection Bureau and took on a second job as acting head of the organization which, when a member of the House of Representatives, he had co-sponsored legislation to eliminate.

…Ben McAdoo, a.k.a. Mr. Magoo, head coach of the NFL’s New York Giants, who ditched his prescription shades, slicked back his hair, and for the first time, interacted effusively with his players on the sideline, spurring them on to their second win of the season over the Kansas City Chiefs, the home team of “red-state experimenter” Governor Sam Brownback, whose disastrous tax-cutting policies have been inconveniently forgotten by the enthusiastic trickle-down Republicans in Congress.

…the unnamed executives at Twitter who are doubling the length of tweets to 280 characters in order to reduce President Trump’s annoying habit of having his mouth run over into serial tweets.

…the unnamed officials of the Environmental Protection Agency, who put our minds at ease by removing from the EPA website at least 15 mentions of “climate change” and numerous links to materials designed to help local officials prepare for a world of rising temperatures and more severe storms.

…Elon Musk, founder of Tesla and the real Rocket Man, for trivializing the moral of The Piketty Problem by pointing out that the scariest potential of robots is not lost jobs, but “a fundamental risk to the existence of human civilization.”

…Louise Linton, blazing-blonde actress, and wife and portable spotlight for dour Treasury Secretary Steve Mnuchin, who auditioned for a remake of the Disney classic 101 Dalmations while donning black leather gloves, thus showing her and her husband’s disdain for small bills.

A happy and joyous Thanksgiving to all…Garth