Do Americans Believe in Climate Change? 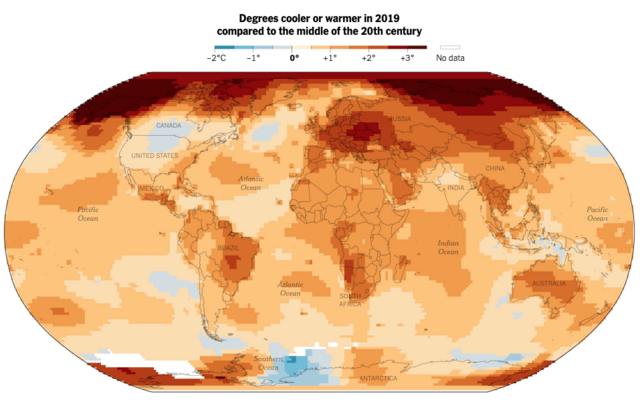 How about a little good news for a change? True, 2019 marked the end of the hottest decade in recorded history, and the second-hottest year. But as a nation, we seem to be noticing. Americans do believe in climate change and every year we believe in it more.

Americans think climate change is a bigger problem than economic inequality, racism, illegal immigration, or terrorism. Think about that for a second. As a nation, we believe climate change is more of a problem than Mexican caravans, the late Iranian General Qasem Soleimani, and the sixty percent of struggling adults in our country who live paycheck to paycheck.

What's more, Americans believe that climate is manmade. Fifty-two percent agree that Earth is "getting warmer mostly because of human activity such as burning fossil fuels." That's up from 45 percent three years ago.

Those responses come from the Pew Research Center, a highly respected "nonpartisan fact tank that informs the public about the issues, attitudes and trends shaping the world." The survey was conducted in September 2019, with a national probability sample of 2,004 adults 18+.

What makes the growing belief in climate change more heartening is that in 2019, the United States experienced less of an increase in temperature than the rest of the planet. Look at the heat map and notice how the color code of the US compares to Central Europe or Antarctica. The Great Plains states were one of the few parts of the world that were actually cooler in 2019.

It's sad, but we didn't need the Pew study to tell us that science is being sacrificed on the altar of politics. And that it will take politics to bring science back to the forefront. I'm looking forward to a very noisy election year. Next post, I'll dig deeper into the underlying reasons for the increasing belief in climate change. But here's a hint: "It's the weather, stupid."