In Case You're Missing It... 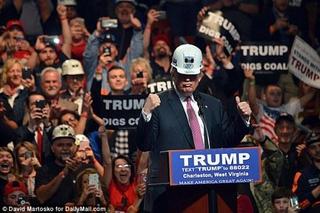 Our Man in Appalachia

The media's attention is focused on Washington, where the impeachment hearings are entering a new phase, and on London, where the 70th anniversary of the NATO alliance is being celebrated, affording the president yet another opportunity to hobnob with the queen, as well as to be ridiculed by our European allies and depart in a huff. (There was no hobnobbing with Boris Johnson, at his request, or with Prince Andrew, a man the president seemingly "doesn't know.")

Lost in the shuffle is the far less entertaining current meeting in Madrid. More than 50 world leaders—our president not among them—are gathering for the 2019 United Nations Climate Change Conference, running from December 2 to December 19. The conference comes on the heels of the latest annual UN climate change assessment, which states, "The summary findings are bleak."

According to the report, global greenhouse gas emissions have grown by 1.5 percent per year over the past decade. The report warned that to avoid the worst effects of climate change by 2050, such as more intense droughts, stronger storms, and widespread population migration and hunger, emissions must decline by 7.6 percent every year from 2020 onwards. This formidable challenge was summed up by the UN Secretary-General at the opening ceremony in Madrid—the planet is "close to a point of no return."

Much to the surprise and chagrin of the Republicans in Congress, the Democrats are finding time to tend to important business beyond the "star chamber" proceedings of the House Intelligence and Judiciary Committees. House Speaker Nancy Pelosi flew to Madrid to tell the world, "By coming here we want to say to everyone we are still in, the United States is still in," and that, "Our delegation is here to send a message that Congress's commitment to take action on the climate crisis is iron clad." Brave words, but Article Two of the Constitution is broad and contentious, and it's unlikely that the House, by itself, would have the power to override the dictates of a short-sighted Chief Executive.

Do you suppose it's merely a coincidence that our president took the formal step to remove the United States from the Paris climate accords, effective November 4, 2020. FYI, election day is November 3. Beware the possibility of the "first major accomplishment of the second Trump administration."

So there's a lot more at stake in the ongoing impeachment proceedings and the upcoming election—for the senate as well as the presidency—than whether the current sizable derriere will continue to hold court in the oval office. The results could potentially determine the fate of the planet.

- For those of you who are wondering, we ate the last of 2019's tomatoes yesterday, December 3.

Not as good as warm off the vine, but far tastier than store-bought.